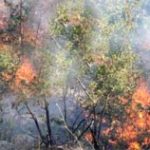 Our universities did not finally realize that it was the responsibility of being a university and that it needed to develop guiding research activities for some institutions, and it started to take precautions against global warming and thirst after the fire first. Earthquake research for while after the August 19 earthquake in global warming fight then came up with the thirst experienced in Istanbul. What if, let’s say, thank goodness, this is Turkey.

The effects of global warming in our country have been felt very well because we are middle generations. However, we do not understand the truth of our thirst, but after the thirst of living in Istanbul and other provinces has come to the agenda. However, the effects of global warming felt very long in Turkey. Farmers were shouting when the crops could not be bought because of the drought in the agricultural areas. As such a thing is not enough and the country has been thoroughly destroyed in our country hit the global warming blow on the blow.

The forest fires that have emerged in recent years have destroyed our country’s forest assets incredibly. Increased forest fires against this man for our state requiring the act of extinguishing the fire before extinguishing began opening tenders aircraft behind to take helicopters. However, a few years ago, if not a lot of work and a way to go through the forest fire extinguishing systems, these problems would not occur. At this time, even if your country’s forest assets are so neglected that one of the fire-fighting vehicles passes, even a fire extinguisher can be transported to the difficult fire zone. The fire tube case in our vehicles is a separate hazard. But for our homes and workplaces we see fire gates as luxurious, we will check whether the fire tubes in our vehicles are working.

This is not the case in the past, aware of the fact that our country’s statesmen can not cope solely with the problems by seeking scientific support from our universities. At the moment, efforts are being made to prevent both earthquakes and forest fires by working together with Bilkent University and METU .

I look forward to your ideas about the article. Please help everyone by participating. Thanks in advance.